Introduction :
The Socotra Archipelago is located in Yemen, governorate of Hadhramaut and is home to some 70,000 people just off the Horn of Africa. It is a small archipelago of four islands in the Indian ocean with the main island of Socotra measuring 3665 km2 and three other small islands of Abd al Kuri, Samhah and Darsa and some rock outcrops that has no inhabitants. The island is considered by many as the Most alien looking place in the world with 1/3 of its plant life found nowhere else on earth. The island was recognised by UNESCO as a world natural heritage site in 2008.

History :
Ancient civilizations from Egypt, Greece and Rome have tapped into the riches of Socotra mainly for its incense, aloe extract and the exclusive dragon’s blood tree sap using for healing and coloring. During 100AD, it was known to the Greeks as Dioskouridou, which means a desert and marshy place with rivers and crocodiles and snakes. 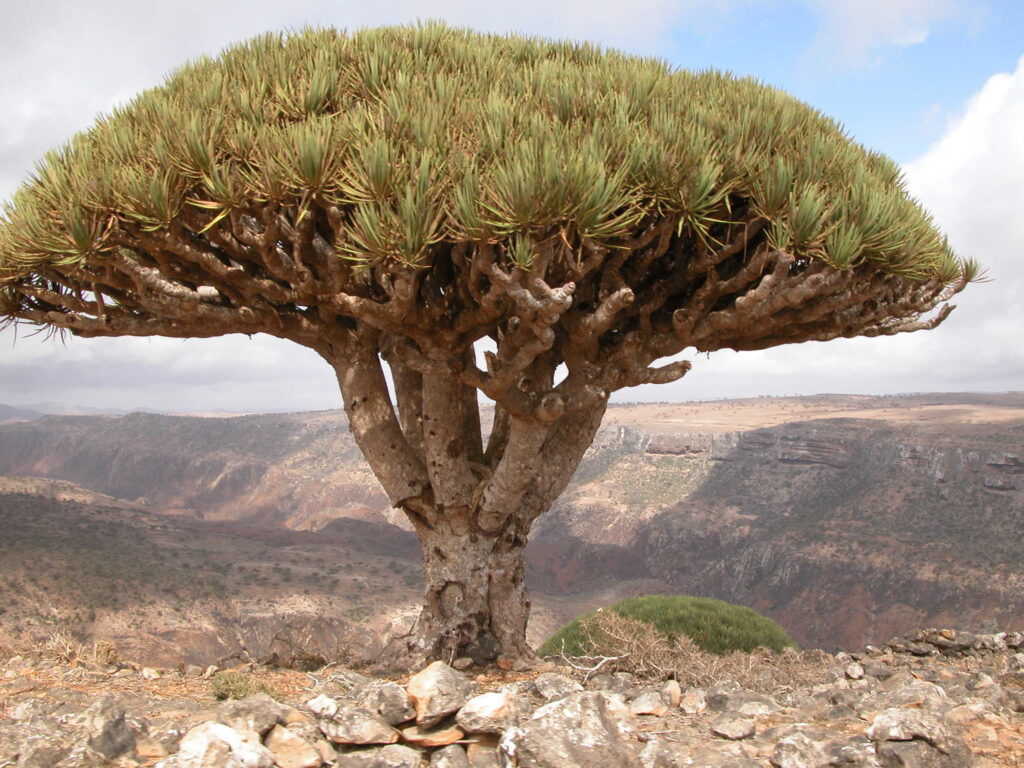