Introduction :
The Halong Bay is located in the Quang Ninh province of Vietnam and has an area od 1553 square km consisting of around 2000 small islets mostly uninhabitated and untouched by humans. The entire area forms a breathtaking view of limestone pillars formed by the very hand of mother nature. It was inscribed as World Heritage Site by UNESCO by 1994 for its outstanding scenic beauty and great biological interest and was a designated “Renowned National Landscape Monument” by the Vietnam ministry of culture.

The trip to the Bay beings here

History :
The name Halong Bay means “descending dragon bay” and the limestone islets in the area went through 500 millions years of formation. It was one of the first cradles of human existence and human activites existed in the Halong Bay as early as 16000 BC with the Soi Nhu culture with remains of tools used for catching shell fish and fish in the coastal area. The Cai Beo culture that followed later on from 5000 BC onwards developed to sea exploitation and also in the center of conflict between invasions in the 13 century by the Chinese and Mongolian armies expanding their territory and many channels between the islands were also heavily mined by the USA Navy during the Vietnam War. 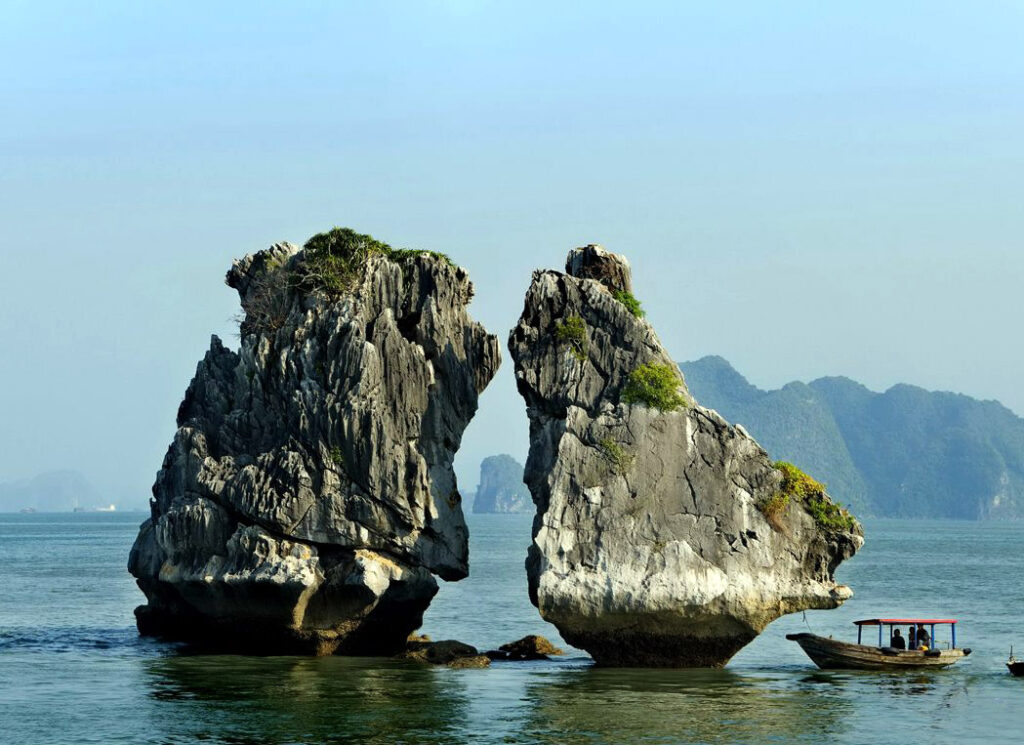 One of the ancient caves in the Halong Bay

Getting there :
The nearest international airport to Halong Bay would be the Hanoi International Airport (HAN) and is 170 km from the Halong where you can reach the destination in around 4 hours by bus