Introduction :
Lijiang is a prefecture level city located in the province of Yunnan in China. Lijiang is home to more than 1.2 million people and has an area of 21219 square kilometres in area. The main attractions in Lijiang is the Old Town which is a World Heritage Site together with scenic natural and man made attractions which made the prefecture of Lijiang a popular attraction for tourists in the Yunnan province of China. 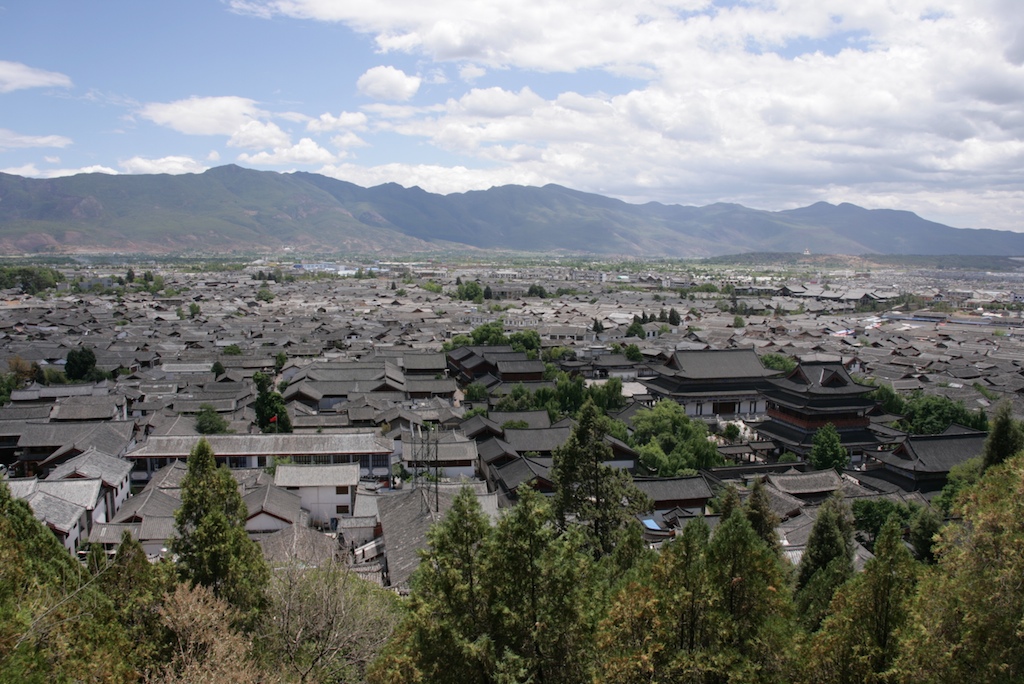 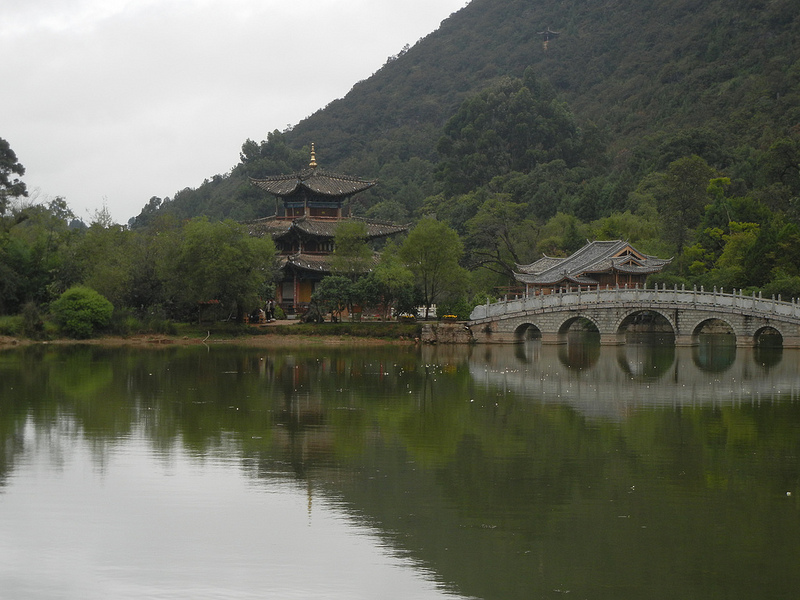 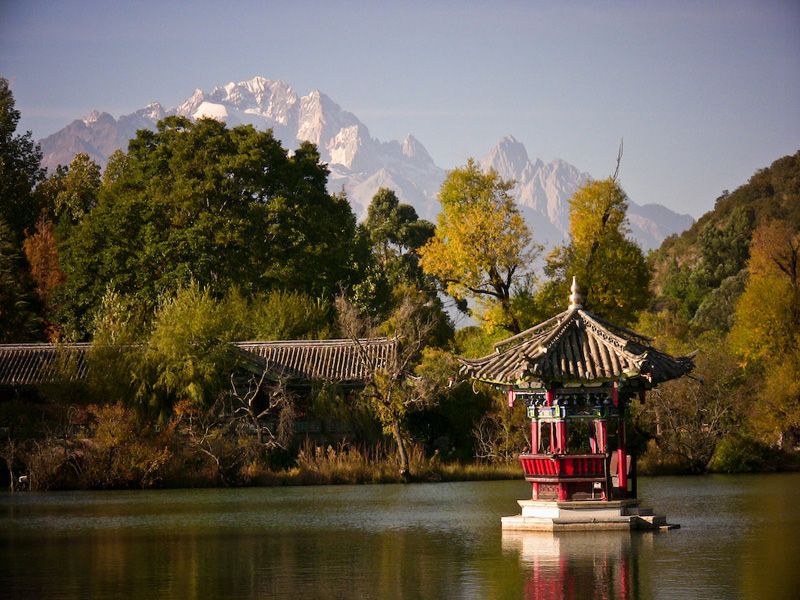 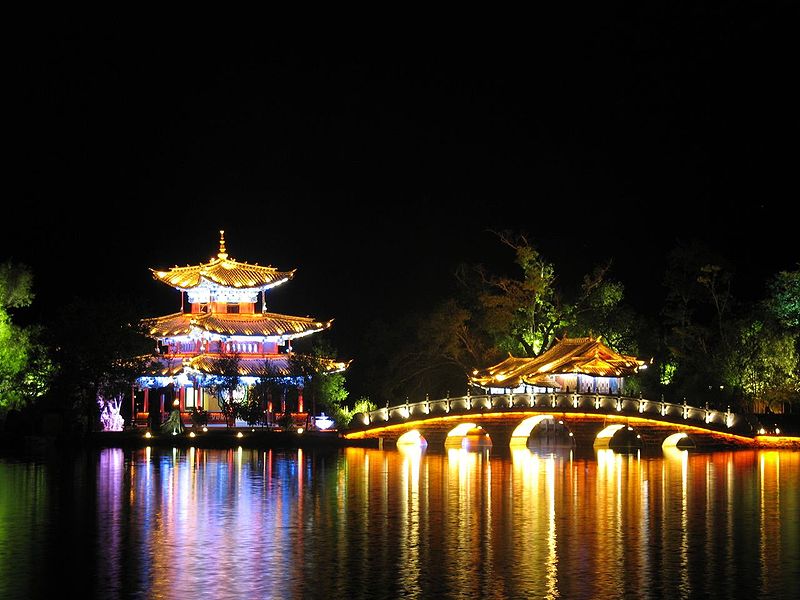 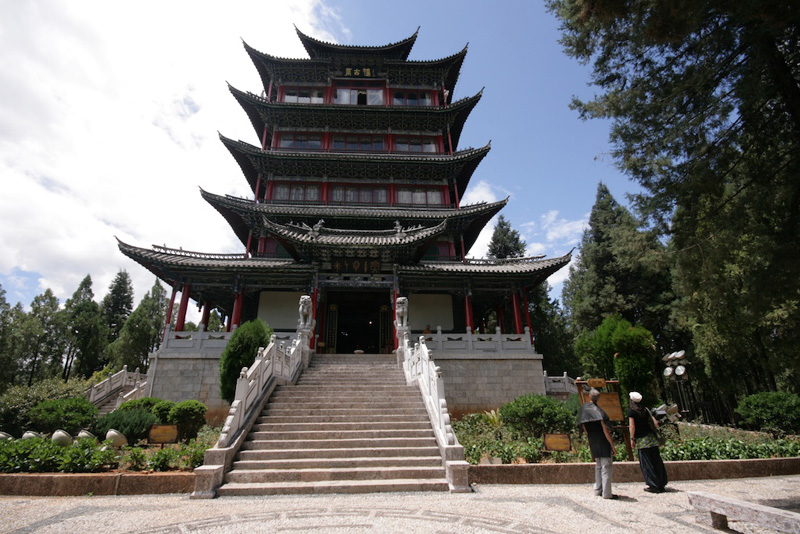 Some attractions :
Black Dragon Pool – Great nice natural scenery with some historical buildings and a beautiful mountain serving as the background.

Old Town of Lijiang – World Heritage Site since 1997 and is famous for the orderly system of water canals and bridges around the city. The old town has a history that dates back to more than 800 years ago.

Lugu Lake – Around 200 km away from the Lijiang city centre, the Lugu Lake shores are inhabited by many minority ethnic groups and is considered home of the Moso Tribe. It is a natural lake with a horseshoe shaped and is located on a high plateau within the Xiaoliangshan Hills with an elevation of 2685 metres.

Mu Palace – The palace of the Mu Clan and the Naxi people which have ruled Lijiang for over 400 years with a Daoist temple at the top of the palace. 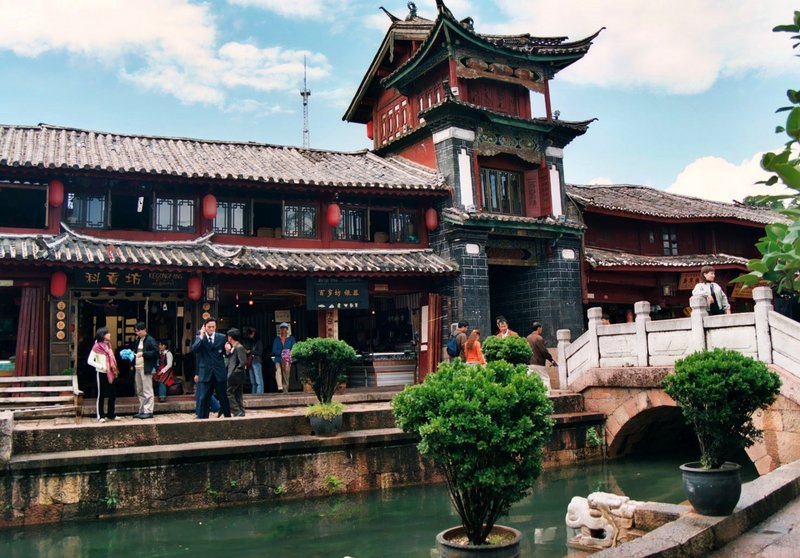 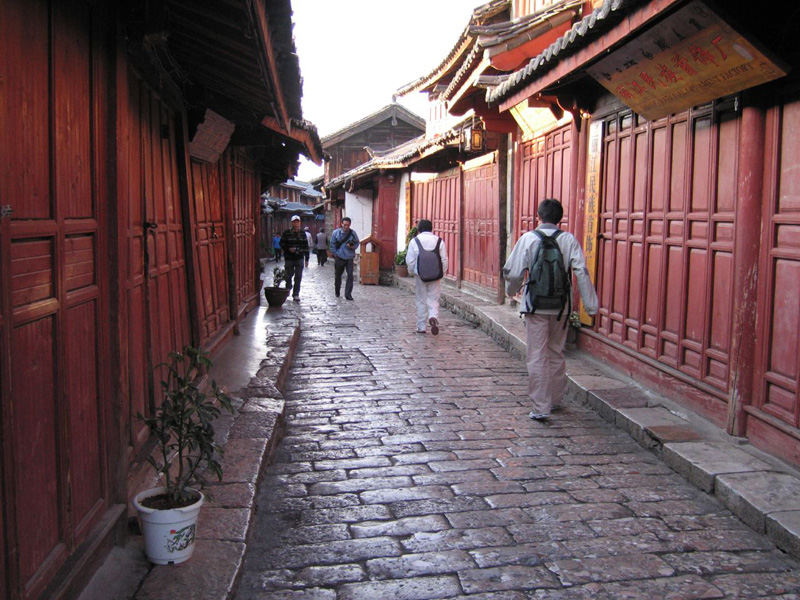 Walking along the streets at the Lijiang Old Town 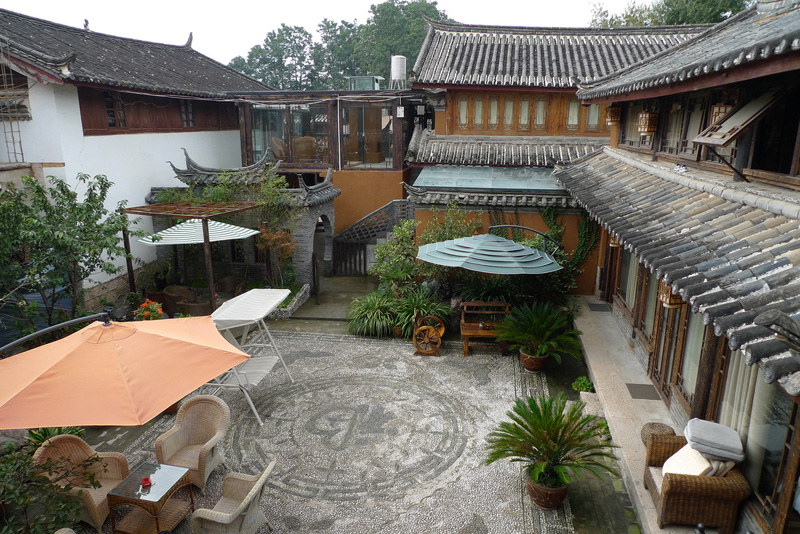 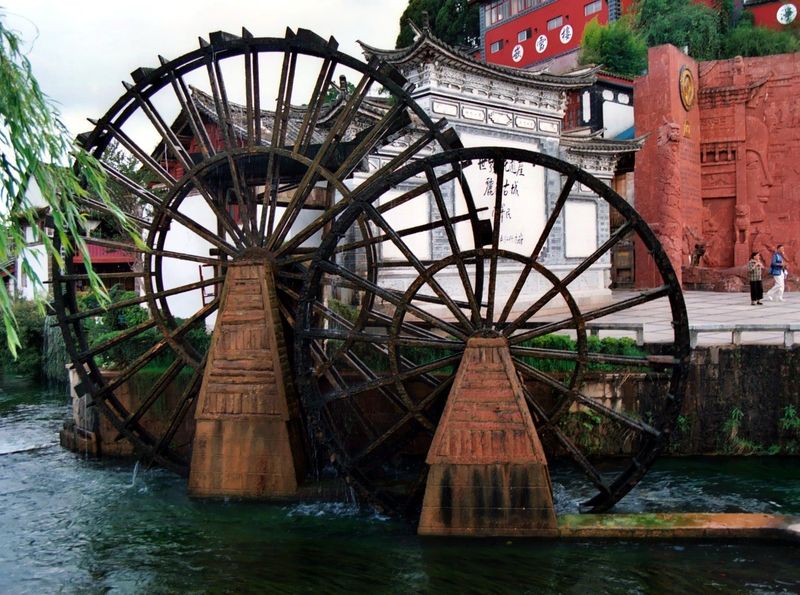 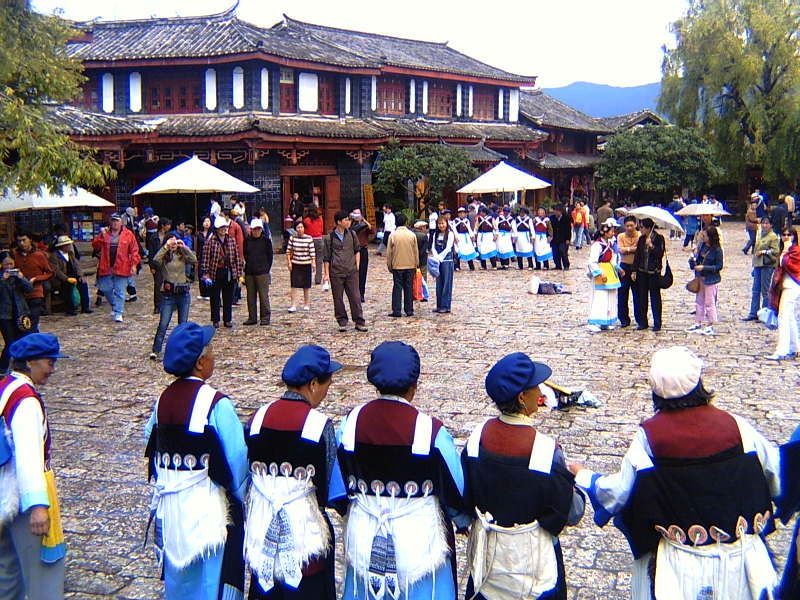 Women of the Naxi tribe
Image attribution to Colegota @ Wiki

History :
When the Mu Clan ruled from the Lijiang city, it was known as the Baisha Old Town and was the political and commercial center for the Naxi people since 658 AD for 400 years. The city began to take shape during the Southern Song Dynasty era and was named as Dayan County during the Ming Dynasty. The Lijiang Old Town was also a distribution center using for trading along the Ancient Tea-Horse Road which is also referred to as the Southern Silk Road. 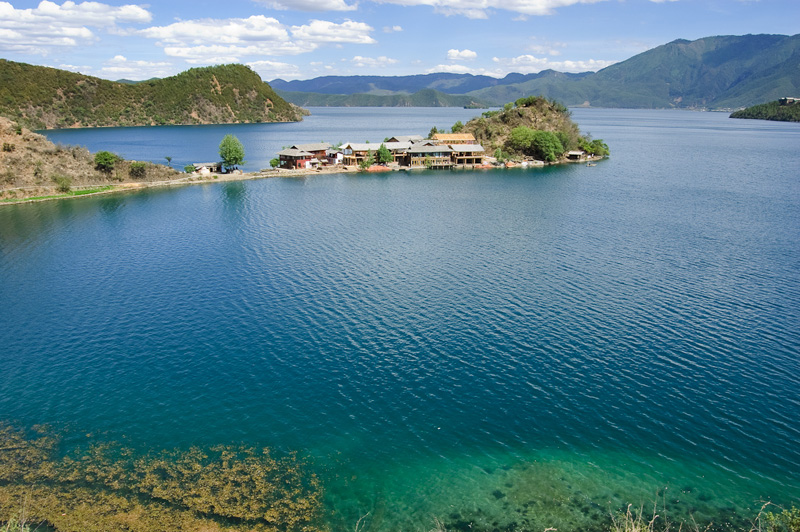 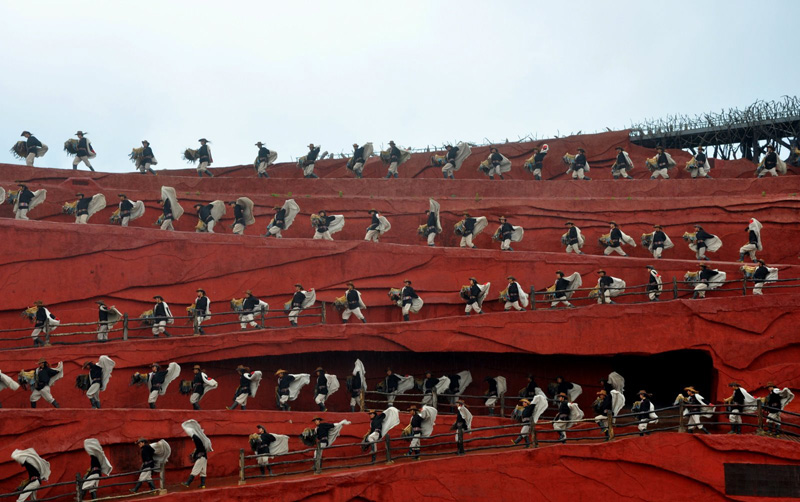 The Impressions Show at the Jade Dragon Snow Mountain 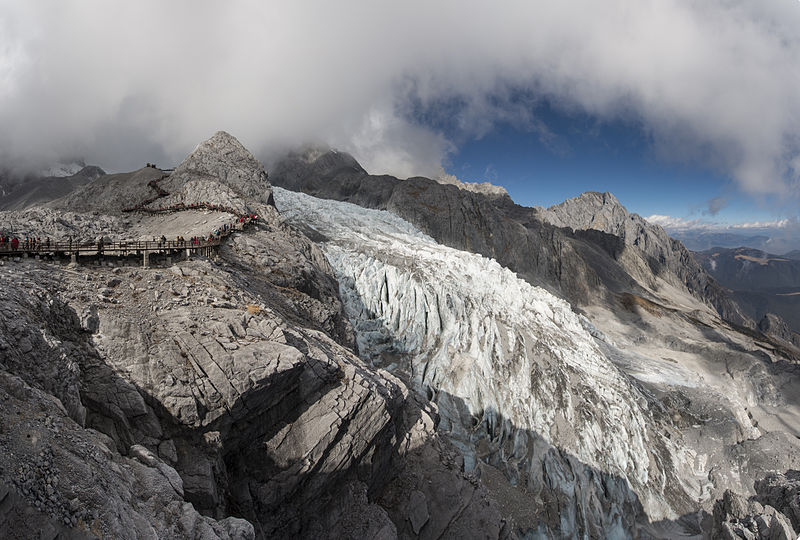 Getting there :
The nearest airport to Lijiang is the Lijiang Sanyi Airport (LJG) which is located 25 km south from the city center of Lijiang and is served by most local airlines from major cities all over China. The nearest international airport would be from the Kunming Changshui International Airport which is 591 km away from Lijiang.